Being one of the most exotic places in the world, China has a vast array of wonders and tourist attraction sites to visit. Here are few of the most famous reasons to begin with: The Great Wall of China, The Forbidden City in Beijing, rich cultural heritage and sumptuous cuisines. And most importantly, China offers to its visitors, local or tourists, countless natural attractions such as wondrous parks that any should make a point to visit.

China has a variety of parks to choose from and one article definitely cannot cover them all so here we have chosen five parks we recommend to visit that are bound to blow your mind and leave you fully absorbed and captivated by the choice wildlife and scenery this amazing country has to offer.

This awe-inspiring park has a vast array of wildlife and beautiful scenery all together in a piece of land approximately 2000 acres, which also incorporates virgin sub-tropical rain forest in the southeastern part of China. The wildlife can be viewed from a safe distance in vehicles one can drive on their own. This park has been known as China’s world-level parks and boasts a variety of uncommon animals such as pandas, tapirs, meerkats, hippopotamuses and Asian elephants. A visit to Chimelong Safari Park is a gift to any visitor traveling to China. Although this is not a national park, it’s an unmissable park for the whole family.

Wulingyuan National Park is a famous historical site. The Hallelujah Mountains in Avatar were inspired by Heavenly Pillar in Zhangjiajie National Forest Park which is part of this amazing area.
Located in the south-central part of China in Hunan province, this historical site has approximately 3,000 pillars of sandstone of the quartz rock, alongside gorges and ravines with breath-taking streams and waterfalls. It also features 40 caves with many deposits of calcite and several natural bridges.

Jiuzhaigou means ‘Valley of Nine Fortified Villages’ and is a nature reserve and national park located in the north of Sichuan province, China. This stunning world heritage site toured by 2, 000,000 people in estimation for its beautiful azure lakes, gushing waterfalls and scintillating woodlands magnificently illuminated by mountains filled with snow. It is convenient because many of its attractions are accessed on foot through kilometers on trails of boardwalk or by bus.

The river of Lijiang in Guangxi Province in the southern part of China covers 116 kilometers from Guilin to Yangshuo and has been known for its natural splendor, which include large pinnacles, rock columns, indigenous forests, and karst caves. The main attraction sites along the river course are the Lingqu Canal and the large Reed Flute Cave. Visitors are transported along the river via cruise boats.

It is also known as The Yellow Mountain and Huangshun. It has a wonderful landscape with four rare and unique scenes; waterfalls, interestingly shaped rocks and boulders, pine trees of peculiar shapes sprouting from underneath the rocks and its balls of clouds that magnificently contort into a variety of shapes in the sky. Its spectacular scenes that are always changing attract tourists from all four corners of the earth.

China is a graceful, serene and pristine country filled with wonders that are beyond explanation. The beauty of this simple truth is that one has to actually tour it to gain the glory within it fully. China has 225 National parks in total, each of which covers both historic and preservation areas that have meticulously been preserved over the years and are sure to quench everyone’s insatiable knack for the best. Travel China! 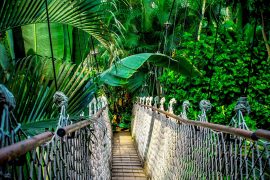