The area of Rotorua on North Island of New Zealand is famous for it’s geothermal activity. 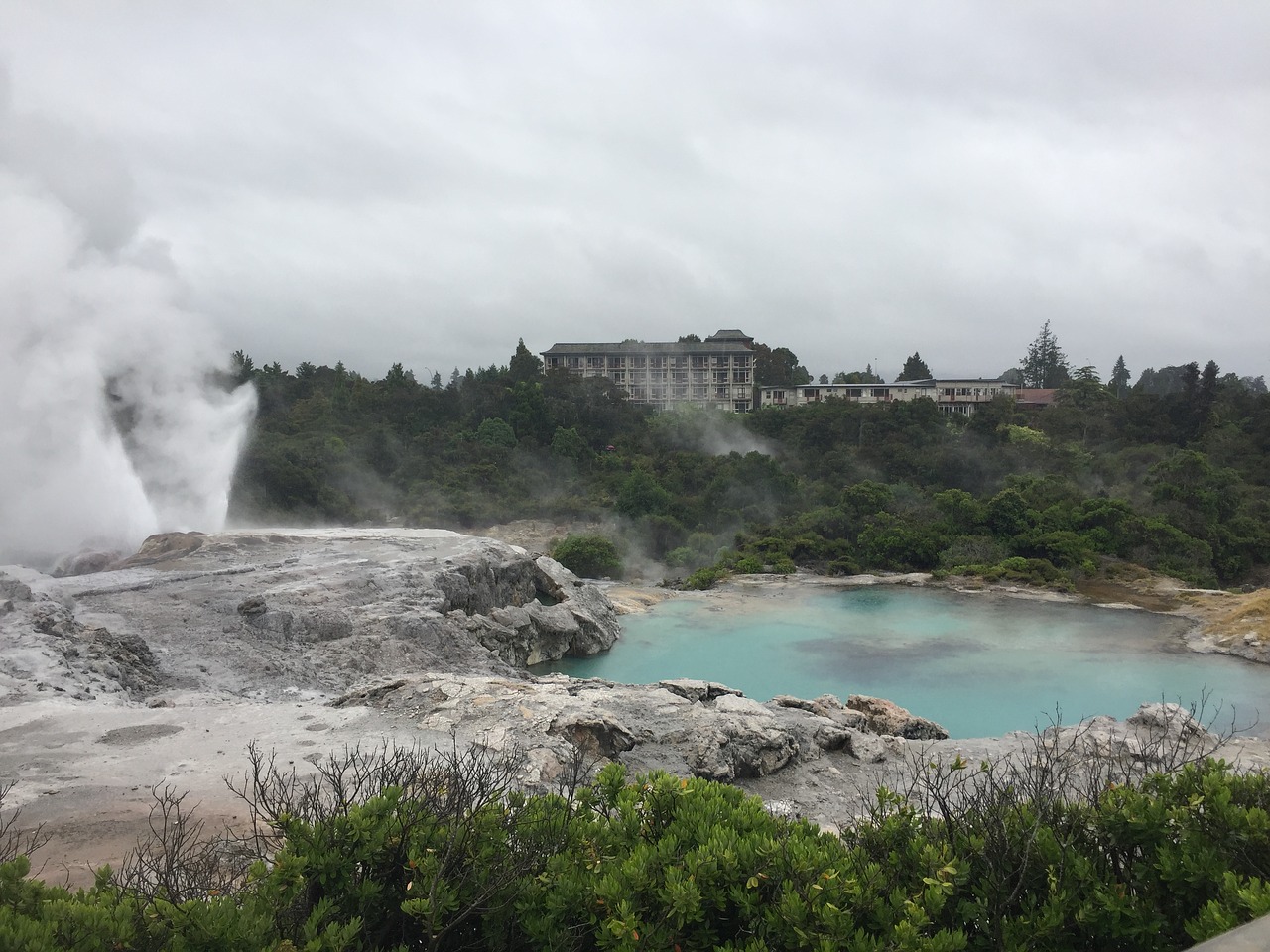 The Grand Prismatic Spring in Yellowstone National Park is the largest hot spring in the United States, and the third largest in the world, next to those in New Zealand. It is located in the Midway Geyser Basin. 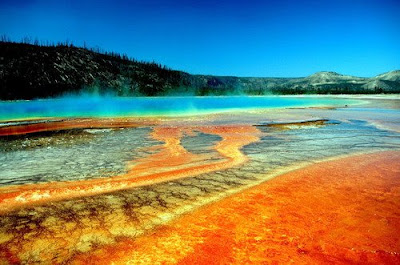 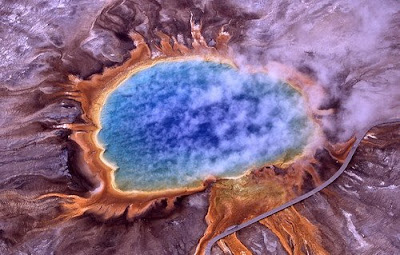 The vivid colors in the spring are the result of pigmented bacteria in the microbial mats that grow around the edges of the mineral-rich water. The bacteria produce colors ranging from green to red; the amount of color in the microbial mats depends on the ratio of chlorophyll to carotenoids. In the summer, the mats tend to be orange and red, whereas in the winter the mats are usually dark green. The center of the pool is sterile due to extreme heat. 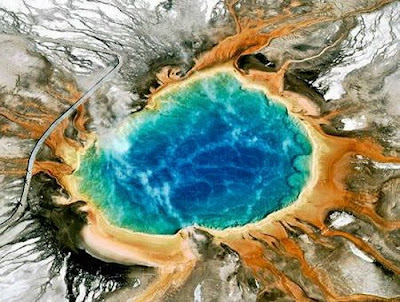 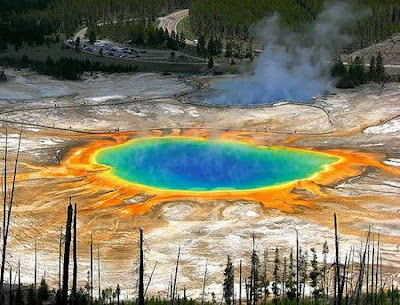 Mammoth is a large hill of travertine that has been created over thousands of years as hot water from the spring cooled and deposited calcium carbonate. 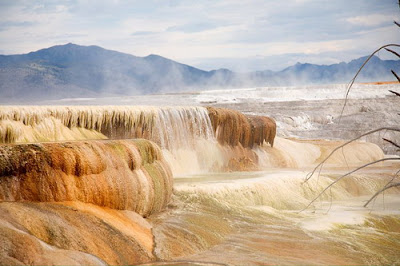 Terrace Mountain at Mammoth Hot Springs is the largest known carbonate-depositing spring in the world. The most famous feature at the springs is the Minerva Terrace, a series of travertine terraces. 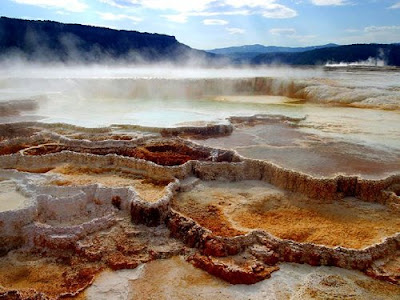 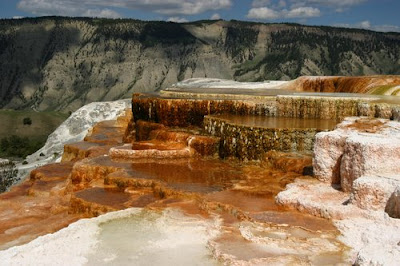 The terraces have been deposited by the spring over many years, but due to recent minor earthquake activity, the spring vent has shifted, rendering the terraces dry.

Blood Pond Hot Spring is one of the “hells” (jigoku) of Beppu, Japan — nine spectacular natural hot springs that are more for viewing rather than bathing. 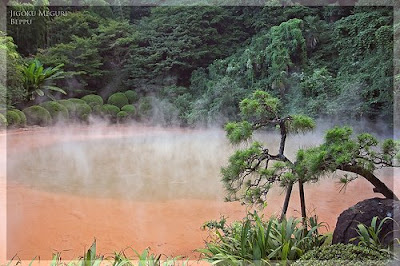 The “blood pond hell” features a pond of hot, red water, colored as such by iron in the waters. It’s allegedly the most photogenic of the nine hells.

The Blue Lagoon geothermal spa is one of the most visited attractions in Iceland. 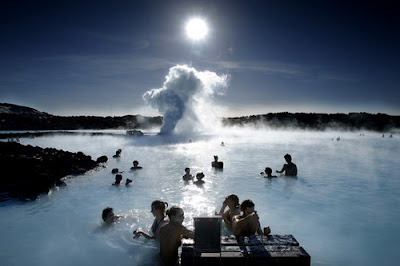 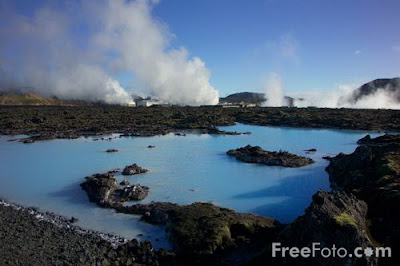 The warm waters are rich in minerals like silica and sulfur and bathing in the Blue Lagoon is reputed to help some people suffering from skin diseases such as psoriasis. 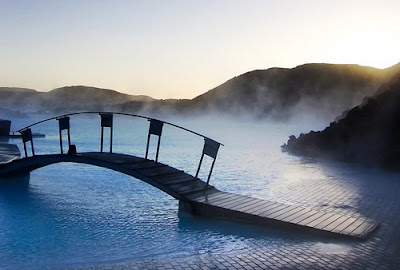 Glenwood Springs, Colorado is home to the world’s largest Hot Springs Swimming Pool. The largest natural hot springs pool in the world exists beside the highway. 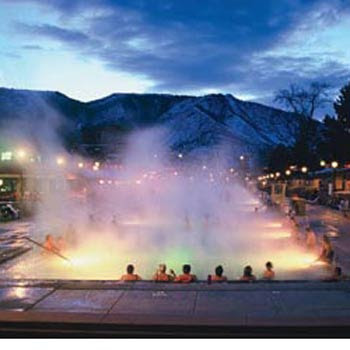 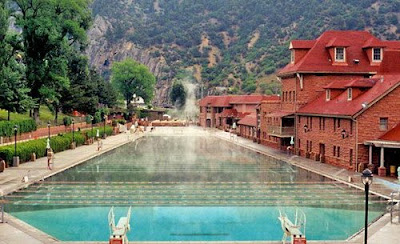 Visitors can soak in the therapy pool (104 degrees) or swim in the huge 98-degree swimming pool or play in the small children’s pool. The water is full of salty minerals. The Hot Springs Pool is the marque attraction in Glenwood Springs.

Japan’s Jigokudani Monkey Park is in Yamanouchi, Shimotakai District, Nagano Prefecture. It is part of the Joshinetsu Kogen National Park. The name Jigokudani, meaning “Hell’s Valley”, is due to the steam and boiling water that bubbles out of small crevices in the frozen ground, surrounded by steep cliffs and formidably cold and hostile forests. 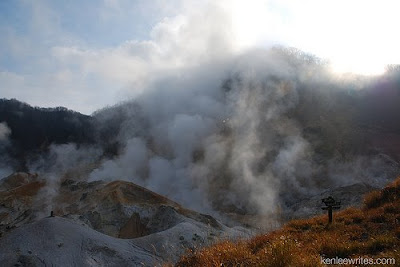 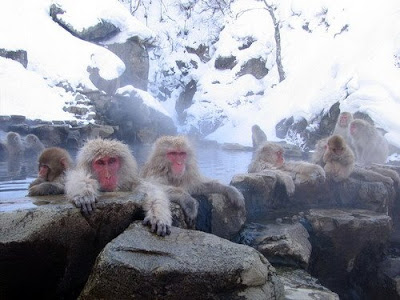 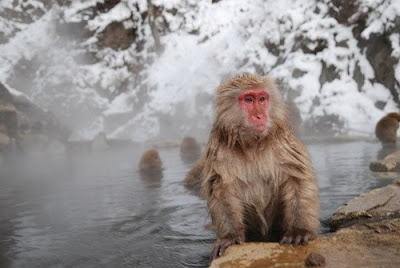 It is famous for its large population of wild Japanese Macaques (Macaca fuscata), more commonly referred to as Snow Monkeys, that go to the valley during the winter, foraging elsewhere in the national park during the warmer months. Starting in 1963, the monkeys descend from the steep cliffs and forest to sit in the warm waters of the onsen (hotsprings), and return to the security of the forests in the evenings.

Deildartunguhver is a hotspring in Reykholtsdalur, Iceland. It is characterized by a very high flow rate for a hot spring (180 liters/second) and water emerges at 97 °C. 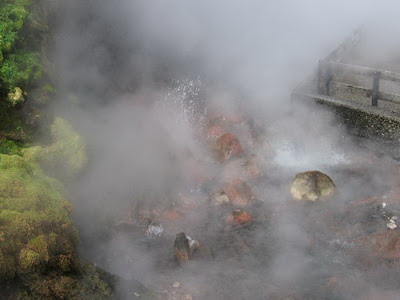 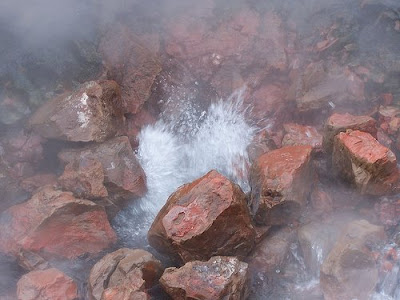 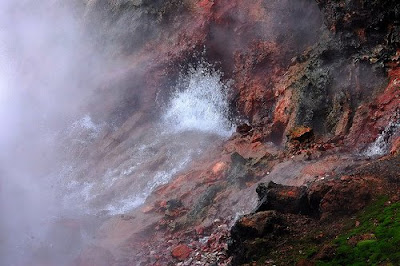 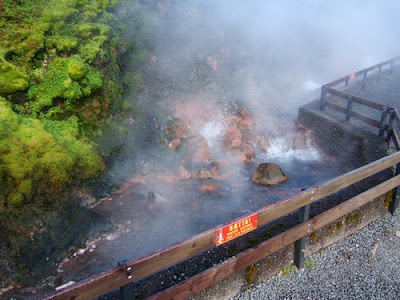 It is the highest-flow hot spring in Europe.

Unique Ideas for Nights Out in London