America is one of the most environmentally diverse countries in the world, with a huge variety of natural attractions, from marine parks and coral reefs, to marshy swampland and jaw-dropping mountains. Although families may head the USA with Mickey Mouse and Times Square in their sights, North America is bursting with natural beauty for you to explore, whether you love outdoor adventure sports such as kayaking and skiing, spotting unique wildlife, or simply enjoying the view.

The Everglades and The Keys, Florida

Florida: the home of Walt Disney, the Kennedy Space Centre, and the Fountain of Youth; we had so much fun on our family holiday to Orlando, Florida when our boys were younger. Although Florida is one of the most popular tourist destinations in the world for both US citizens and foreign travellers, the majority of tourists head to man-made locations such as Orlando, Miami, and Tampa in order to enjoy their vacations. However, Florida has much more to offer in terms of its natural attractions, with the opportunity to explore vast areas of swampland and preserved marine parks.

The Everglades National Park is by far the most popular option for those looking to immerse themselves in nature, with its sawgrass marshes, mangroves, and pinelands. Only a short drive from Miami, the park contains gateway destinations such as Shark Valley and Everglades City, from which tours around the National Park begin.

The Everglades is the only place in the United States where it is possible to see both crocodiles and alligators in the same area due to its combination of fresh and saltwater, and you may also have the chance to see bottlenose dolphins, manatees, bald eagles, and even Florida panthers.

If the Everglades sounds like your perfect vacation destination, James Holiday Villas offers a choice of luxurious Florida villas in locations such as Orlando, just a couple of hours drive from the best gateway towns into the Everglades.

However, if you are interested solely in marine life, drive a little farther until you reach Florida’s own archipelago, the Florida Keys, consisting of 120 miles of islands containing piers, attractions, and, finally Key West, with its infamous Cuban influences and the former home of Ernest Hemingway. The Keys are one of the best chances you have of seeing manatees, sharks, and large game fish.

Yellowstone, America’s first National Park, is a vast expanse focused solely on preserving and nurturing wildlife and one of the most exciting ecosystems in the United States. Famous for its geyser, Old Faithful, and magma chambers, Yellowstone is one of seven super volcanos in the world, with lava constantly flowing beneath its surface.

This makes it an intriguing destination for those interested in nature, with many hikes available for intrepid explorers in the form of circuits around the Grand Canyon of Yellowstone and Yellowstone Falls. However, one of the best aspects of Yellowstone National Park is the abundance of protected wildlife in the area, with it being one of the only places where it is possible to see both wolves, and grizzly and black bears, some of the most desirable mammals for nature lovers in North America. It is also possible to see bison, elk, and moose in the park.

If you are travelling to Wyoming in order to see Yellowstone National Park, you should also make a stop at Grand Teton National Park, whose grandiose mountains and lakes make a magnificent detour for those interested in seeing more than Yellowstone itself.

California is the ideal location for diverse climates and natural attractions, with the potential to both go skiing on the Sierra and wander across the desert in Death Valley within one state. However, the jewel of California is Yosemite National Park and its sister park, Sequoia. Both are sprinkled with gorgeous displays of California Redwoods and Sequoias, with the General Sherman tree in Sequoia National Park being the largest tree in the world.

Yosemite itself can be a week-long destination for explorers, with the potential to camp or stay in gateway towns such as Mariposa, which retains some of its historic charm with its past of pioneering and ranching in the Gold Rush on full display. Within Yosemite, there are plentiful options when it comes to natural attractions, and you will be spoilt between Yosemite Falls, the Mirror Pool, and astonishing views of the Sierra Nevada that look more like a painting than reality.

If you are tempted to explore your country’s natural side but are unsure where to start among the great variety of manmade attractions on offer, the guide offers you the opportunity to explore some of North America’s best National Parks and heritage locations, no matter what your interests. If interested in reading further, we also wrote a post on fly drive itinerary for California National Parks. 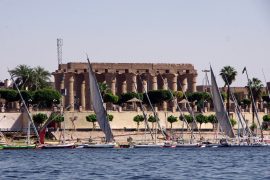 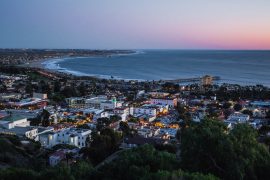 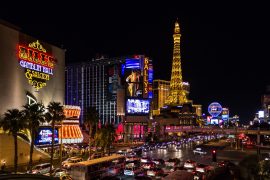